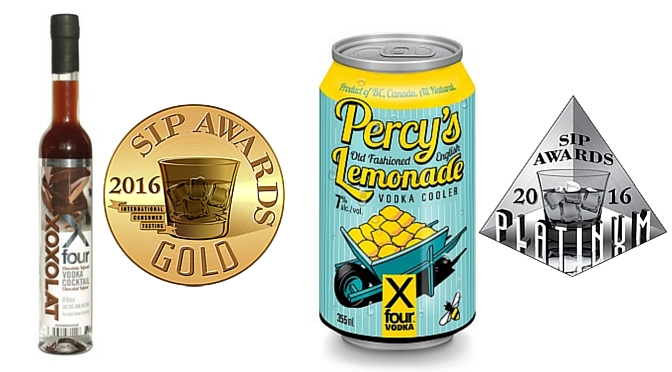 The SIP Awards is the only International spirits competition leveling the playing field for established brands and newcomers alike by enlisting consumers as judges. In its eighth year, the SIP Awards are held in Newport Beach, California.

“It’s wonderful to see British Columbia’s craft spirits recognized internationally for their quality ingredients and taste”, said XFOUR distiller Marcus Von Albrecht. “We look forward to working with our distributors across Canada and Washington State to expand our market further.” 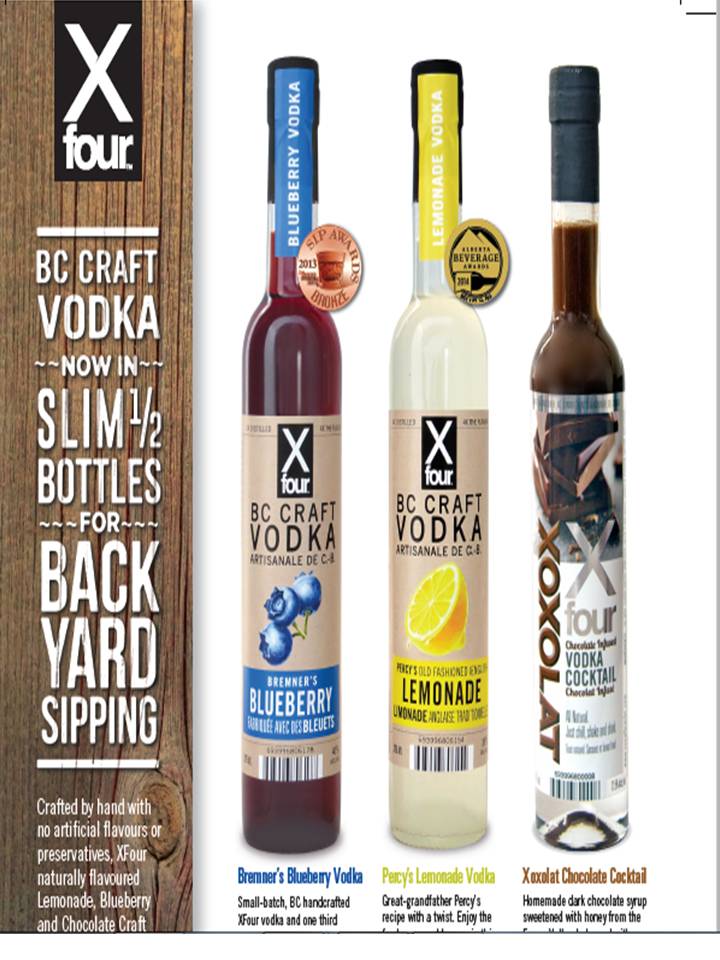 XFOUR vodka brands include: Handcrafted,  Bremner’s Blueberry, Percy’s Lemonade and the Xoxolat Chocolate Cocktail.  All XFOUR brands are made with natural ingredients and contain no preservatives, glycerines or emulsifiers. Made with water from British Columbia’s pristine interior; these handcrafted drinks are pure and natural,  XFour products have won four Gold medals, one Bronze and the latest, Platinum .  Their award winning coolers, Percy’s Lemonade and Percy’s punch are Great Grandfather Percy’s recipes that have survived the taste of time and are both perfect sippers for a pool side party or backyard BBQ.

XFOUR™ products were created and crafted by Marcus VonAlbrecht from